Next to Harry, a pale young boy with a pointed face and awesomecool blonde-white hair seemed to be going through the final stages of a similar process. One of Malkin's two assistants was carefully examining the white-haired boy and the checkerboard-gridded robe he was wearing; occasionally she would tap a corner of the robe with her wand, and the robe would loosen or tighten.

Harry could predict where this conversation was about to go, and he decided in a split second of frustration that enough was enough.

"It is you! Draco Malfoy. I - I never thought I'd be so honored, sir." Harry wished he could make tears come out of his eyes. The others usually started crying at around this point.

"Oh," said Draco, sounding a little confused. Then his lips stretched in a smug smile. "It's good to meet someone who knows his place."

One of the assistants, the one who'd seemed to recognize Harry, made a muffled choking sound.

Harry burbled on. "I'm delighted to meet you, Mr. Malfoy. Just unutterably delighted. And to be attending Hogwarts in your very year! It makes my heart swoon."

Oops. That last part might have sounded a little odd, like he was hitting on Draco or something.

"And it lightens my heart as well to see that I can expect to be treated with the respect due the Malfoy family," the other boy lobbed back, accompanied by a smile such as the highest of kings might bestow upon the least of his subjects, if that subject were honest, though poor.

Eh... Damn, Harry was having trouble thinking up his next line. Well, everyone did want to shake the hand of Harry Potter, so - "When my clothes are fitted, sir, might you deign to shake my hand? I should wish nothing more to put the capper upon this day, nay, this month, indeed, my whole lifetime."

Draco glared in return. "I think you ask an unwarranted familiarity with my person! What have you ever done for the Malfoy family that entitles you to such a request?"

Oh, I am so totally trying this routine on the next person who wants to shake my hand. Harry bowed his head. "No, no, sir, I understand. I'm sorry for asking. I should be honored to clean your boots, rather."

"Indeed," snapped Draco. His stern face lightened somewhat. "Though your wish is understandable enough. Tell me, what House do you think you might be sorted into? I'm bound for Slytherin House, of course, like my father Lucius before me. And for you, I should guess House Hufflepuff, or possibly House Elf."

Harry grinned sheepishly. "Professor McGonagall says that I'm the most Ravenclaw person she's ever seen or heard tell of in legend, so much so that Rowena herself would tell me to get out more, whatever that means, and that I'll undoubtedly end up in Ravenclaw House if the Sorting Hat isn't screaming in horror too loudly for the rest of us to make out any words, end quote."

"Wow," Draco said, sounding slightly impressed. He gave a sort of wistful sigh. "Your flattery was great, or I thought so, anyway - you'd do well in Slytherin House, too. Usually it's only my father who gets that sort of groveling. I'm hoping the other Slytherins will suck up to me now I'm at Hogwarts... I guess this is a good sign, then."

Harry coughed. "Actually, sorry, I've got no idea who you are really."

"Oh come on!" Draco said with fierce disappointment. "Why'd you go and do that, then?" Draco's eyes widened with sudden suspicion. "And how do you not know about the Malfoys? And what are those clothes you're wearing? Are your parents Muggles?"

"Two of my parents are dead," Harry said. His heart twinged. When he put it that way - "My other two parents are Muggles, and they're the ones that raised me."

"Harry Potter, pleased to meet you."

"Harry Potter?" gasped Draco. "The Harry -" and the boy cut off abruptly.

There was a brief silence.

Draco's attendant emitted a sound like she was strangling but kept on with her work, lifting Draco's arms to carefully remove the checkerboard robe.

"Can I have your autograph? No, wait, I want a picture with you first!"

"I'm just so inexpressibly delighted to meet you!"

"Burst into flames and die."

"But you're Harry Potter, the glorious saviour of the wizarding world, defeater of the Dark Lord! Everyone's hero, Harry Potter! I've always wanted to be just like you when I grow up so I can defeat Dark Lords too -"

Draco cut off the words in mid-sentence. His face froze in absolute horror.

Tall, white-haired, coldly elegant in black robes of the finest quality. One hand gripping a silver-handled cane that took on the character of a deadly weapon just by being in that hand. His eyes regarded the room with the dispassionate quality of an executioner, a man to whom killing was not painful, or even deliciously forbidden, but just a routine activity like breathing.

That was the man who had, just that moment, strolled in through the open door.

"Draco," said the man, low and very angry, "what are you saying?"

In one split second of sympathetic panic, Harry formulated a rescue plan.

One of Malkin's assistants had to turn away and face the wall.

"Your son has been telling me all about you," Harry gushed on, hardly even knowing what was coming out of his mouth but just talking as fast as possible. "But of course I knew about you all before then, everyone knows about you, the great Lucius Malfoy! The most honored laureate of all the House of Slytherin, I've been thinking about trying to get into Slytherin House myself just because I heard you were in it as a child -"

"What are you saying, Mr. Potter?" came a near-scream from outside the shop, and Professor McGonagall burst in a second later.

There was such pure horror on her face that Harry's mouth opened automatically, and then blocked on nothing-to-say.

"Professor McGonagall!" cried Draco. "Is it really you? I've heard so much about you from my father, I've been thinking of trying to get Sorted into Gryffindor so I can -"

"What?" bellowed Lucius Malfoy and Professor McGonagall in perfect unison, standing side-by-side. Their heads swiveled to look at each other in duplicate motions, and then the two recoiled from one another as though performing a synchronized dance.

There was a sudden flurry of action as Lucius seized Draco and dragged him out of the shop.

And then there was silence.

McGonagall looked down at the small glass of wine that had been in her hand. It was tilted over on its side, forgotten in the rush, and only a few drops of alcohol now clung to it.

McGonagall strode forward into the shop until she was opposite Madam Malkin.

"Madam Malkin," McGonagall said, her voice calm. "What has been happening here?"

Madam Malkin looked back silently for four seconds, and then cracked up. She fell against the wall, wheezing out laughter, and that set off both of her assistants, one of whom fell to her hands and knees on the floor, giggling hysterically.

McGonagall slowly turned to look at Harry, her expression chilly. "I leave you alone for five minutes. Five minutes, Mr. Potter, by the very clock."

"I was only joking around," Harry protested, as the sounds of hysterical laughter went on nearby.

"Draco Malfoy said in front of his father that he wanted to be sorted into Gryffindor! Joking around isn't enough to do that!" McGonagall paused, breathing heavily. "What part of 'get fitted for robes' sounded to you like please cast a Confundus Charm on the entire universe!"

"No. Don't explain. I don't want to know what happened in here. Ever. There are some things I was not meant to know, and this is one of them. Whatever dark force of chaos inhabits you, it is contagious, and I don't want to end up like poor Draco Malfoy, poor Madam Malkin and her two poor assistants."

Harry sighed. It was clear that Professor McGonagall wasn't in a mood to listen to reasonable explanations. He looked at Madam Malkin, who was still wheezing against the wall, and Malkin's two assistants, who had now both fallen to their knees, and finally down at his own tape-measure-draped body.

"I'm not quite done being fitted for clothes," Harry said kindly. "Why don't you go back and have another drink?" 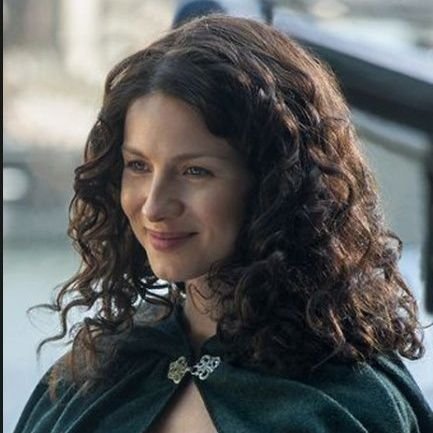 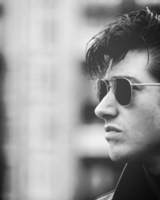 Non mais, c'est trop frais \o/.
I feel like I'm always being chased by the devil 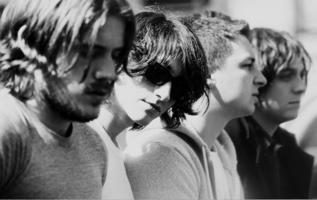 
That next step was the hardest Harry ever took, and then he turned and glanced over his shoulder at Draco, who watched solemnly. “I don’t want to be forgotten,” he called softly.